It began his strength as another hunting ground of first Habsburg, mainly Charles I.

The palace burned several times, Fernando VI Bourbon reformed and expanded it, as well as establishing the gardens which adorn the headquarters of the Court, wich held large and lavish celebrations next to Tajo river in Aranjuez making it a great rival of Versailles in France. Artists, painters, singers and musicians from all over Europe flocked to it, attracted by its visual and musical fame. 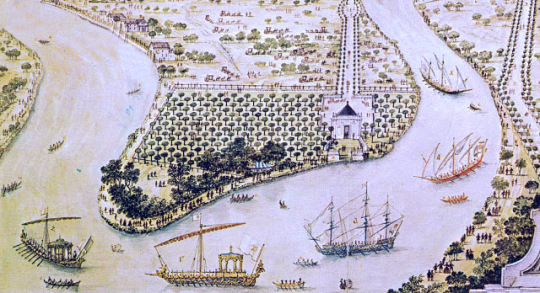 Its grandiose gardens, on the beautiful banks of the Tajo river with fountains and palaces make it rich with its cuisine in one of the most popular places to visit and spend a beautiful and peaceful day where the kings of Spain liked to enjoy, especially during long weeks in the spring in what they considered to be an oasis of freshness and abundance in the dry central plateau.